Mid-America Artists: The Agency. We are a talent booking agency located in Lincoln, Nebraska. Ready to serve you for all of your project or event needs. We are artists helping artists. We represent musicians, actors, and provide a direct line to all types of production needs.

MAA aims to be the marketplace for artists to showcase their talent. We embrace the complete spectrum of entertainment industry disciplines: actors, musicians, writers, filmmakers, technicians, and engineers…all are welcome. Joining forces, creating a professional place for artists to shine, and make life easier for project and event coordinators.​

We provide quality service for our talent and clients alike. We dedicate ourselves to the relentless pursuit of excellence in the services we provide.

Are you seeking representation?

The Specialities Of Our Mid-America Artists

Because the agents come from the entertainment world themselves, we understand the best practices when arriving on set, or at a performance. We believe in providing only the best in area entertainers and talent. We live up to these standards daily.

We want to pride ourselves on ease and professionalism when booking our talent. We make this our #1 goal working with you.

With our agents standing by, you can ask or inquire about any detail when booking our talent. And, this only can happen if we respond quickly.

Feel free to reach us on any of our platforms, be it email, phone, social media or in person. We look forward to meeting you!

We strive to make your life easier when booking your talent. This is why we want to be able and willing to make your requests happen. Let us know what is on your mind.

Mid-America Artists is a full-service talent agency, started by artists themselves.

As a full-service agency, Mid-America Artists provides representation through its various departments which are: Music Agency and Promotion, Adult Theatrical, On-Camera Commercial, Print, Voice Over, and Social Media marketing. Mid-America Artist’s dedicated agents focus on creating only the best opportunities for our stable of talent, and regularly secure the most profitable opportunities. Many of our talent star in independent and feature films, as well as musicians who are full time touring artists, creating an ongoing professional entertainment life. The agency’s clients are also frequently cast in national TV commercials, radio, and print campaigns.

Our amazing team of agents have assembled to make sure our artists are taken care of, and that they receive the best in opportunities as they come. We have also secured only the very best in Midwest talent who understand that professionalism is #1. 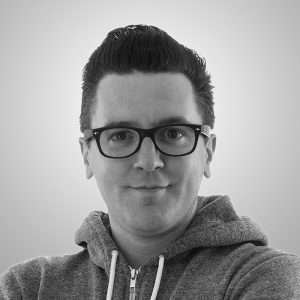 Michael Semrad has been working in the industry of entertainment for nearly 30 plus years. As a childhood entertainer, his career started while performing alongside his father and uncles at State and County fairs. He has continued to grow as a singer/songwriter, producer, talent agent, philanthropist, and advocate for fair publishing rights.

Being a musician and artist in Lincoln, Nebraska has been life changing for Semrad. He and his wife Kerry head The Bottle Tops, one of the Midwest’s premiere honky tonk groups. Upon moving back to Nebraska from Chicago, Semrad quickly realized how a communal and thriving arts scene was the answer. Nebraska became a fertile ground to plant ideas, become activists, and watch an already thriving arts scene grow to offer so much more. Semrad started a record label called Sower Records, in which they just released their 26th album on vinyl. In 2017, he helped organize a famed concert, ‘Harvest the Hope, to stop the Keystone XL pipeline, bringing Willie Nelson, Lukas Nelson, Neil Young and tribal leaders together in Nebraska. Michael Semrad continues to organize groups of creative minds to make positive change all across the nation. 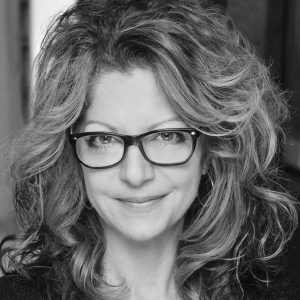 Mary Douglass has extensive experience teaching, directing and acting for the camera as well as on stage. Mary is a member of SAG/AFTRA and AEA and her credits are extensive and varied. Mary decided, along with her partner Michael Semrad, to forge together their experience as artists and producer/directors to create Mid-America Artists or MAA. Mary has a solid reputation and credibility in all aspects of the business and is constantly seeking new talent as well as honing the skills of the more experienced through workshops, private acting lessons and consultations.

Mary firmly believes that artists should be recognized for their talent and showcased appropriately, Mary has lived, worked and toured all over the U.S. and is excited to use her education, experience to help other artists achieve success. 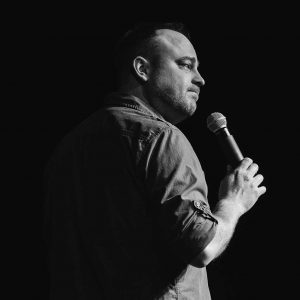 Brad Stewart began his comedy career shortly after moving to Los Angeles from Nebraska in 1995. In a local contest, he beat out hundreds of comedians to win $500. Brad used it to register his car in California.

In early 2010 Brad had the honor of becoming a favorite opening act for comedy legend Joan Rivers. Joan said Brad is “so talented and a joy to work with” Brad has also opened for The Temptations, Jon Lovitz, Keith Sweat, Rob Schneider, The O’Jays, Barry Manilow, and 80’s rockers Loverboy.

Brad’s comedy is a mix of his observations about life and his love/hate relationship with pop culture. Music is a big love of Brad’s and a lot of his comedy comes from his frustrations with the state of popular music which should be relatable to anyone with ears.

Looking For a Talent ?

Let’s begin the conversation of how we can make something magical happen. We are ready to make your life easy. Period.